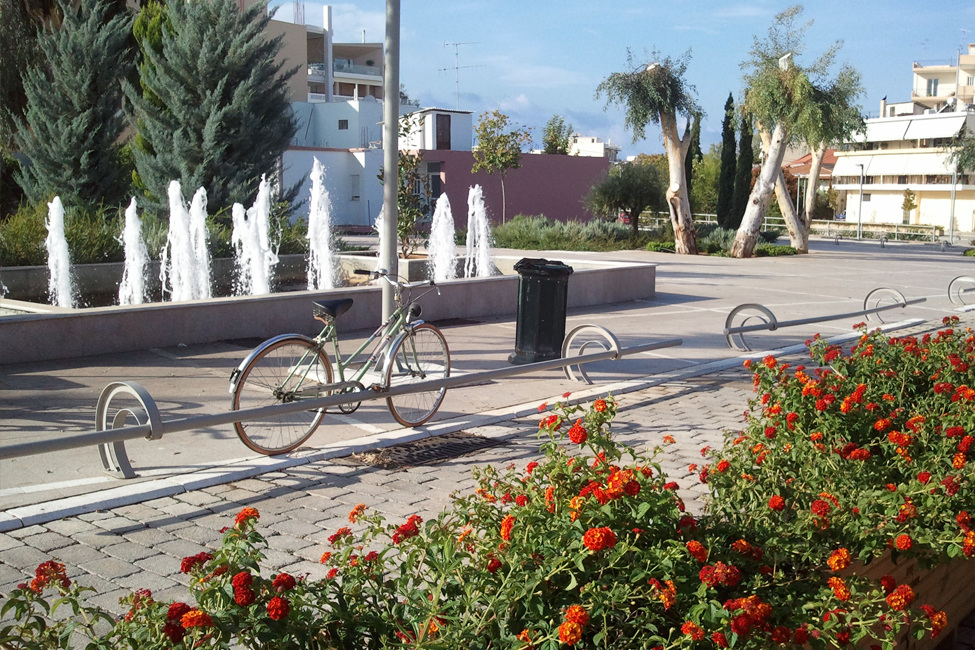 The city of Amaliada is the capital of the Municipality, a modern city built in the middle of the fertile plain of Ilia. The western limits of the municipality are the shores of the Ionian Sea and east the lush hills, where concludes the massif of the central Peloponnese.

Visitors can reach Amaliada by road or rail. Since its location is the crossroad between Central and Western, North and South Peloponnese, the city is a starting point where many paths start.

Road distances: 294km from Athens 81km from Patras
20 km from Pyrgos
42km from Ancient Olympia
140km from Kalamata
170km from Tripoli
31km from the port of Kyllini

Easy access to ferries to travel to Zakynthos and Kefalonia islands.

Historically, the prefecture of Ilia includes the territory of the ancient city-states of Pissas, Triphilia, Acropolis and Helida. The territory of the prefecture is flat and above all semi-mountainous, 80%, with a few mountains to the east and south, such as Foloi where it is an extension of Erymanthos, Lapithos and Minthi All the history and nature of the Mediterranean sealed in one place. Destinations of authentic beauty, each with its own special features, eager to welcome you all year round: Visit the home of the Olympic Games Endless sandy beaches with beautiful views of the sea and the sunset, lowlands with diverse crops, picturesque rivers and lakes in the prefecture its unique color.

A visit to the place that gave birth to the Olympics is never enough. 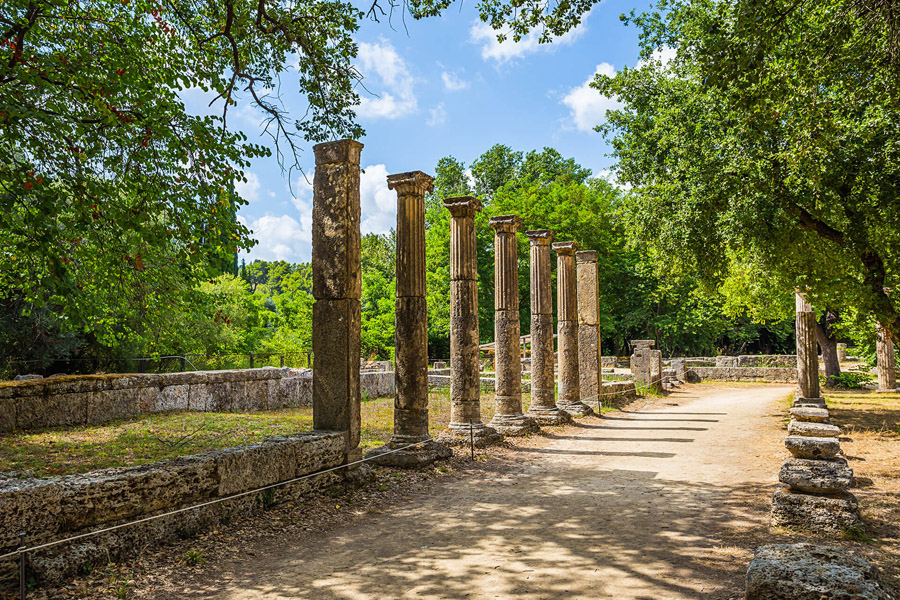 The Mediterranean Kastro Helmoutsi, a remarkable example of Frankish fortress architecture, on top of a hill. It was built on Godephridos II Bileardouinou, in the years 1220-1223. It consists of two parts, the outer (outer enclosure) and the inside, the main castle in the shape of an hexagon. The inaccessible and powerful fortress protected the greater area of ​​Andravida and Glarentza (Killini). There was a mint in the castle - the famous Tornesian coins were probably cut in here. Despite all the disasters he suffered (especially from Ibrahim), the castle still retains its majesty. 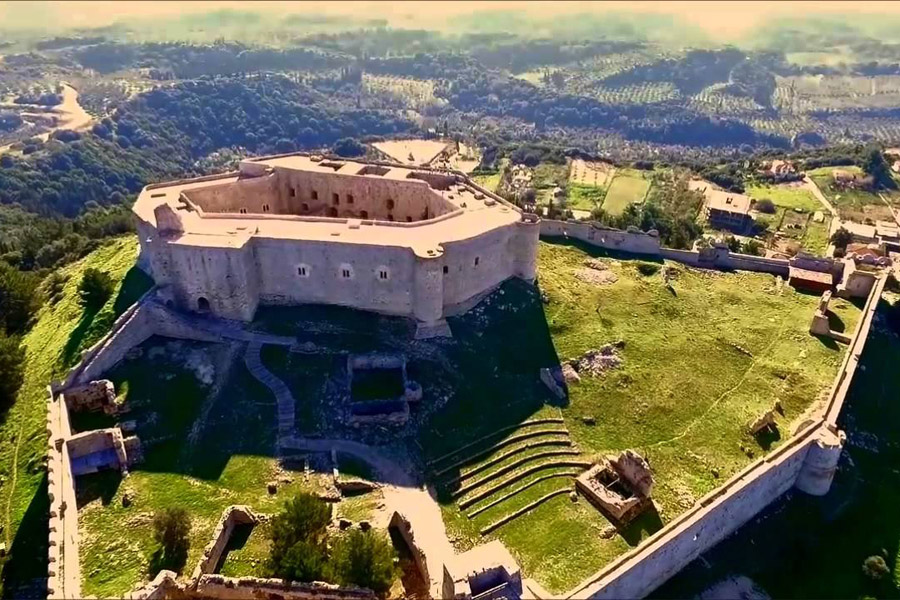 The era of the Fragic Church of Agia Sofia. It was built around 1230. Here the crowns of the successors of the Princess of Achaia were made. 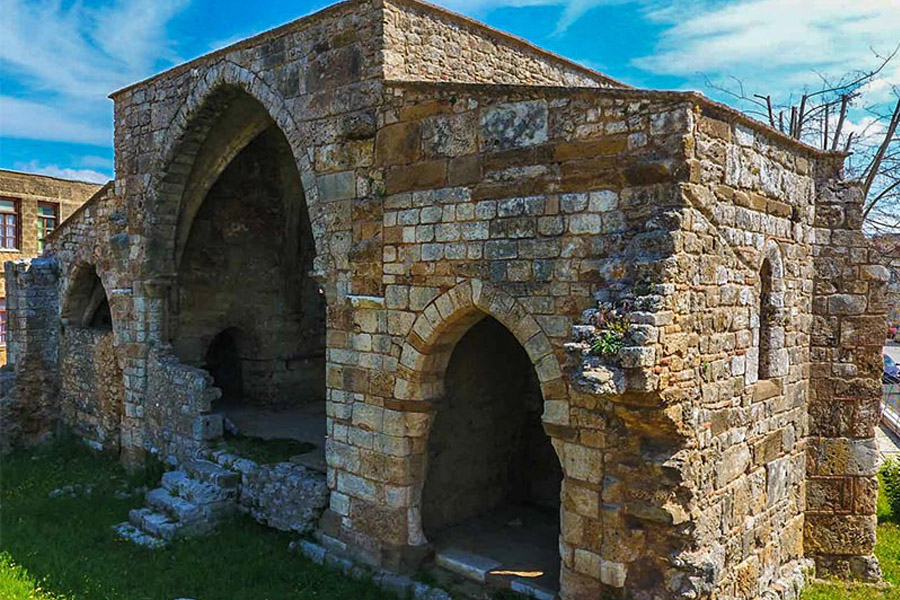 Famous for its exotic beaches, its thermal springs and mud baths, as well as the busy passenger and commercial port, Killini, the seat of the Municipality of Kastro - Killini, connects the prefecture of Ilia with Zakynthos and Kefallonia. In the port of Killini there are boats and fishing boats that supply the fish taverns of the settlement with fish and seafood. 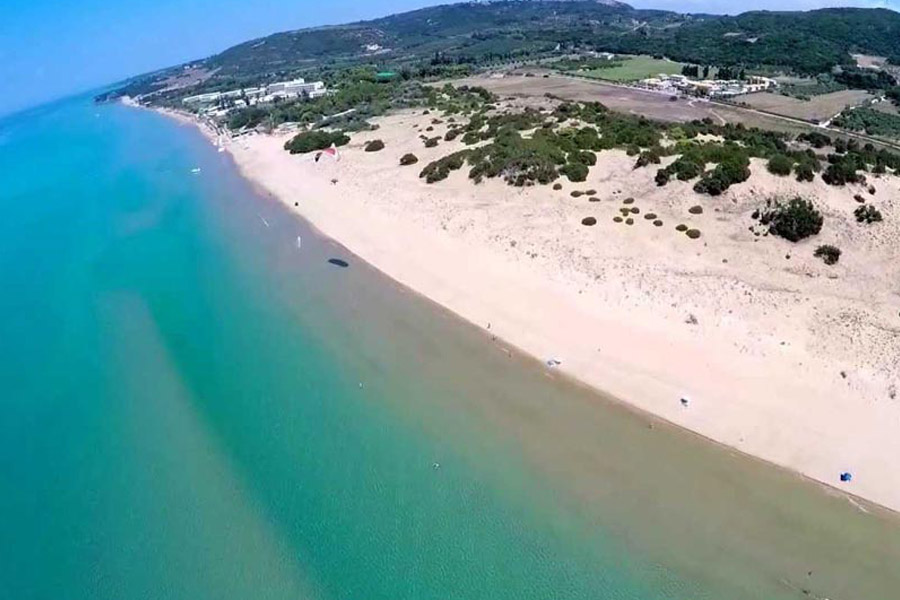 The Lake of Kaifa

The Kaifa Lake, a protected area. Inside the lake there is the islet of Agia Aikaterini, with the homonymous chapel and the buildings (hotels, hostels, etc.) of the Tourist Development Company. Water skiing is taking place in Lake Kaiafa. A bridge connects the islet of Saint Catherine with the opposite coast. A small boat connects the hotel's facilities with the hydrotherapy facility. The source of Anigridon Nymfon, at the Kaiafa Bath Hydrotherapy Center. According to the mythical tradition, Nymphs Anagrides lived here. Here, he also cleansed his injuries from the poisonous arrows of Hercules by Centaurus Chiron, which explains the smell of the waters. 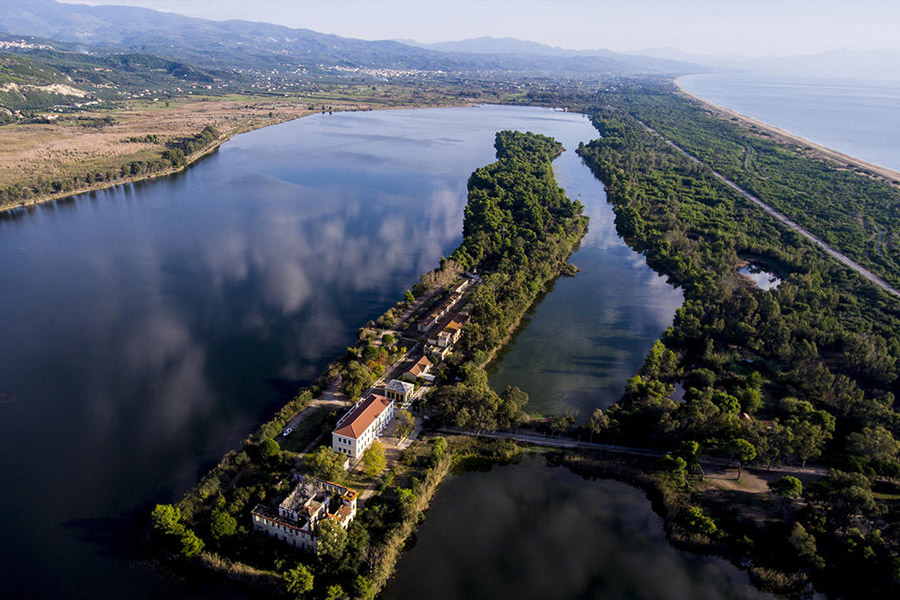 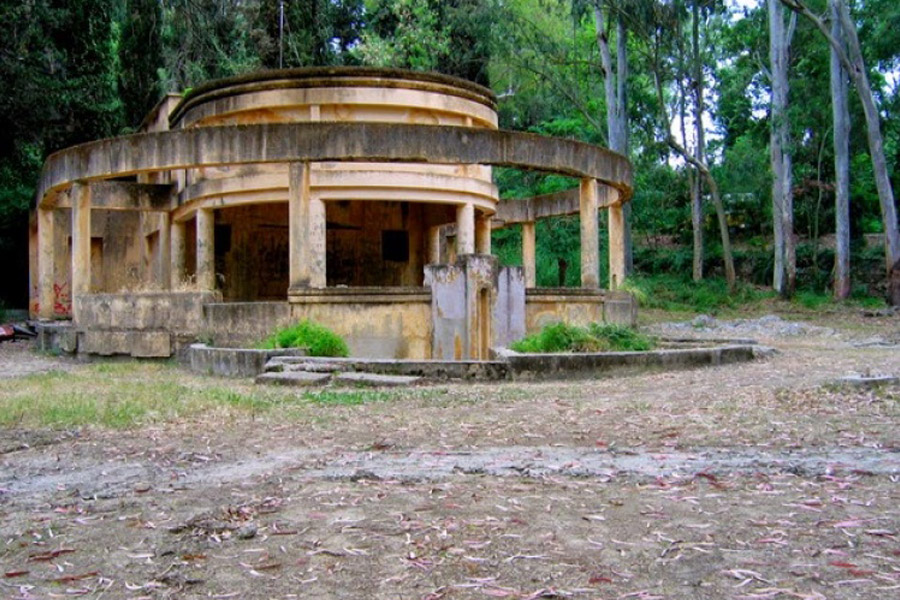 A Mediterranean village built in a cultivated area, Ancient Ilida owes its name to the capital of the Hellenic state and the organizing city of the Olympic Games for over a millennium. The ancient city of Ilida - the religious, political and sports center of the whole Greek world every four years - is the most important archaeological site of the prefecture along with that of Olympia.

Kouroutas beach Located just 3 km from the second largest city of Ilia Prefecture, Amaliada. A holiday resort stretching along an extensive and wide sandy beach, the famous Kouroutas with its magnificent sunset and good tourist infrastructure is a pole of attraction for the excursionists and the locals with many cafes, clubs, restaurants, fish restaurants, hotels, rentals rooms and camping. A short distance is Palouki, a region with fish taverns and a small harbor, a haven for fishing boats in the area.

A holiday village with significant tourist traffic, Skafidia is famous for its extensive sandy beach and its lacy beaches. Close to the small port of Skafidia, ruins of ancient buildings have been identified. Within a short distance from Skafidia are the settlements of Kalakaikika and Agios Elias with enchanting beaches. The Byzantine Monastery of Skafidia, dedicated to the Assumption of the Virgin Mary. According to the tradition, the name of the monastery and the region is due to the dove on which the icon of Virgin Mary was found. The monastery's sacristy holds relics, portable icons, vestments, ecclesiastical utensils. The monastery has a library and a collection of documents. 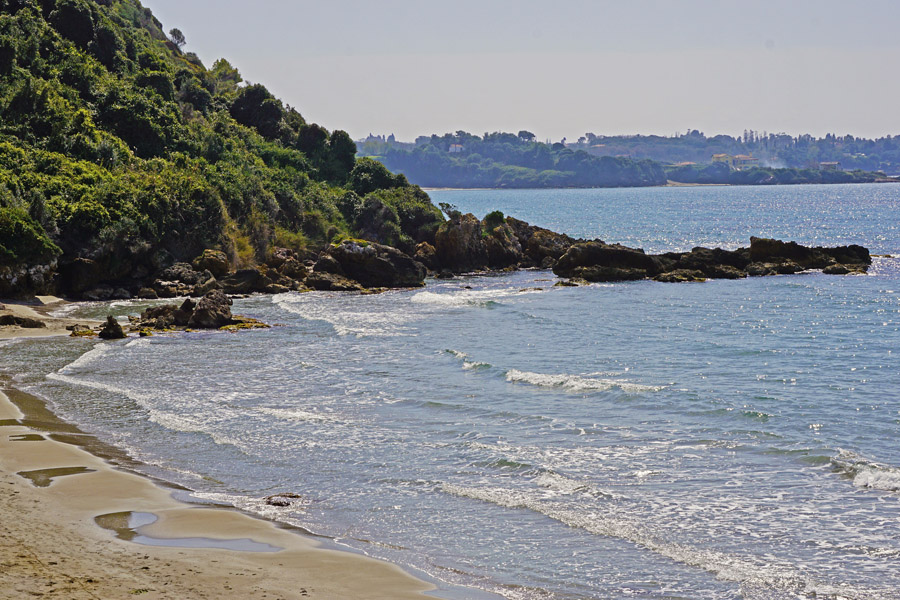 Graphic, with a strong traditional color, combines mountain and sea. During the summer months flooded by a host of visitors, hundreds of cruise ships land thousands of tourists who spend part of their holiday here. And in the winter, Katakolo is an ideal destination for those seeking relaxation and tranquility. 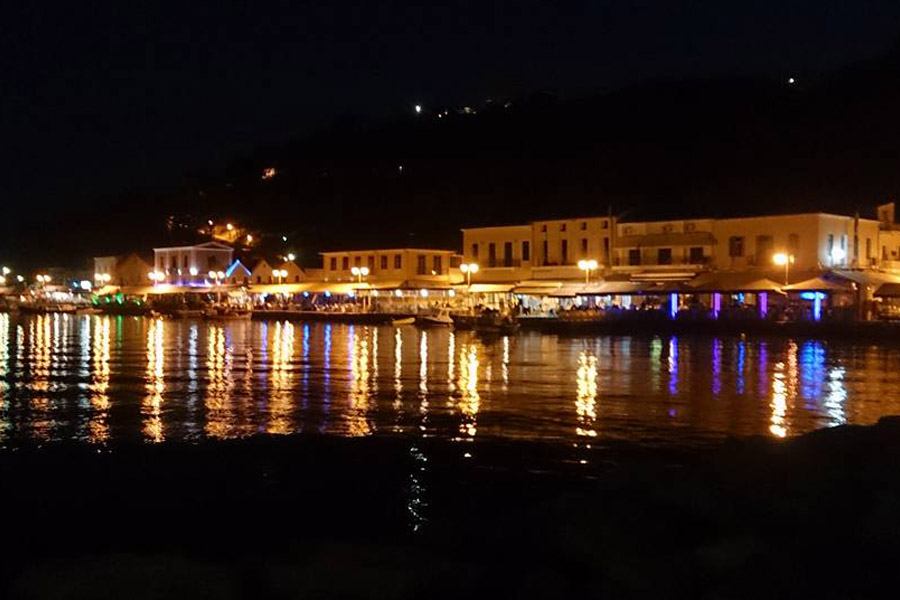 Capital of the prefecture, Pyrgos is a modern city with remarkable commercial traffic. The central square with its municipal mansion, cafes and shops is a point of reference for the inhabitants of the Tower and the visitors. The tower owes its name to the tower built by the landowner Chernotas during the Ottoman domination in the place of today's cafe-restaurant "Province". 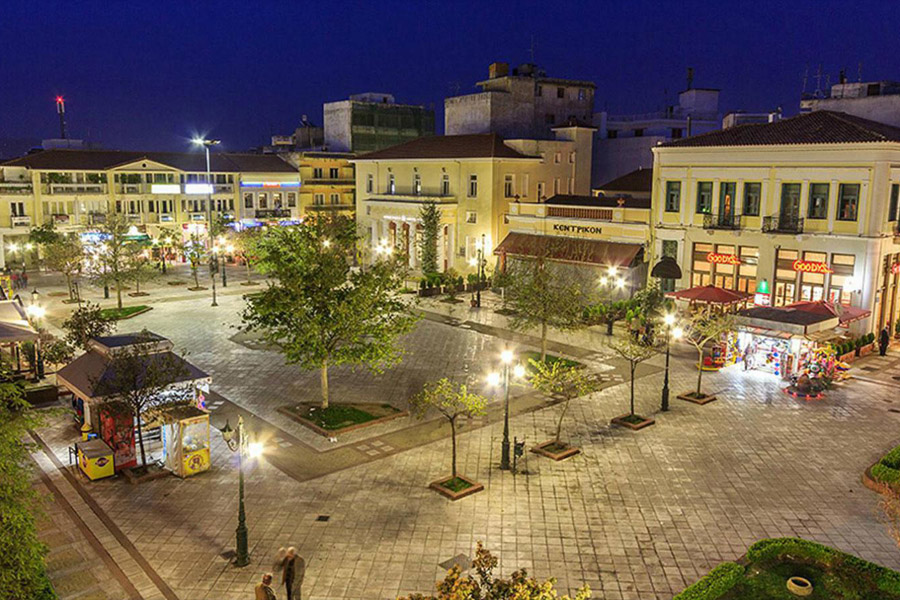 If you are not happy to discover ancient Greece, then you are in the right place: Olympia. A visit to the place that gave birth to the Olympics is never enough. The grandeur of ancient Greek culture does not stop impressing. In this corner of the Peloponnese you will also love the father of the gods, Jupiter. In awe you will see the famous Hermes of Praxiteles. You will feel the glory, the glory and the wisdom of a civilization that enlightened the world and you will feel that you are at the starting line for a journey back to history, to the greatness of ancient Greece.

Olympic Games, to delight in Jupiter London, Beijing, Athens ... Going back to the history of the Olympic Games, you will get here all started: in the Peloponnese and the beautiful valley of the river Alfeios with the most famous sanctuary of ancient Greece, devoted to father of the gods, Zeus. In honor of him, every four years there was an institution with pan-Hellenic radiation and glamor: the Olympic Games, the most important of ancient Greece. Worship, mythical confrontations, people with superpowers, and glorious victories are lost in the depths of the ages ... But their resonance is alive world-wide, even today.

The Ancient Olympia Festival in the Peloponnese Organize your trip to the festival. It is organized each year and includes quality theatrical and musical-dance performances. 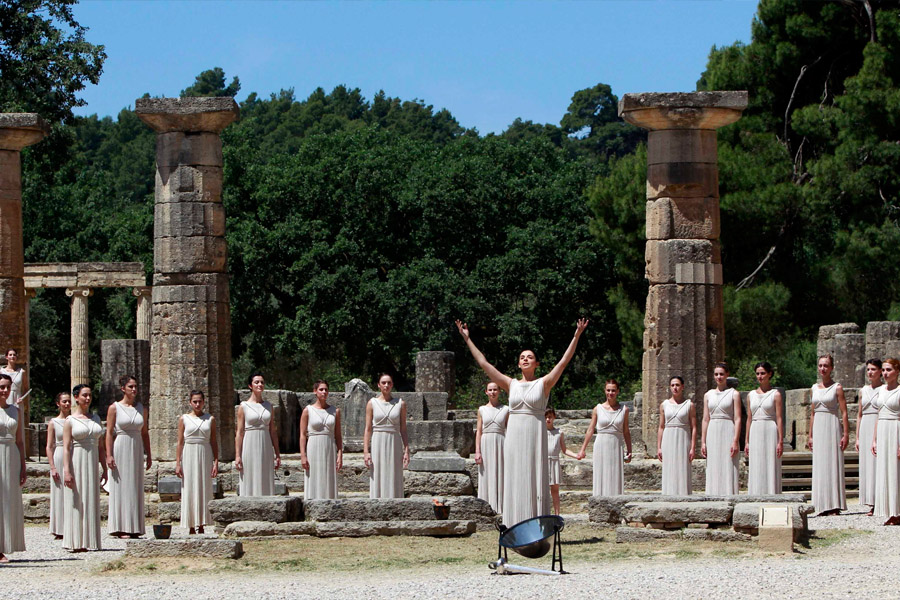 The only Greek river of female genus, its waters form meanders through narrow gorges, cool plateaus and ravines drowned in vegetation. They pass under arched stone bridges, dark caves and waterfalls, and after 32 km they end up in the sea. 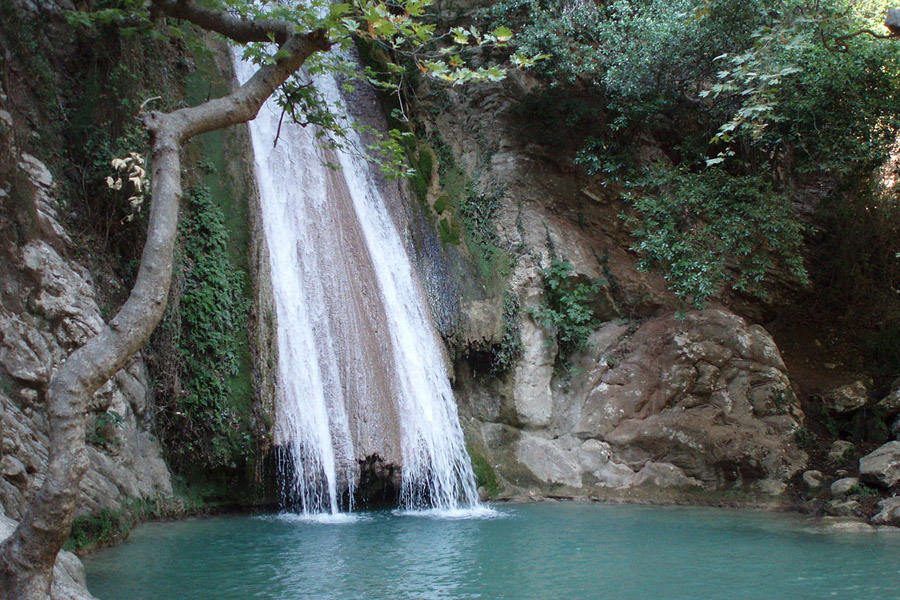 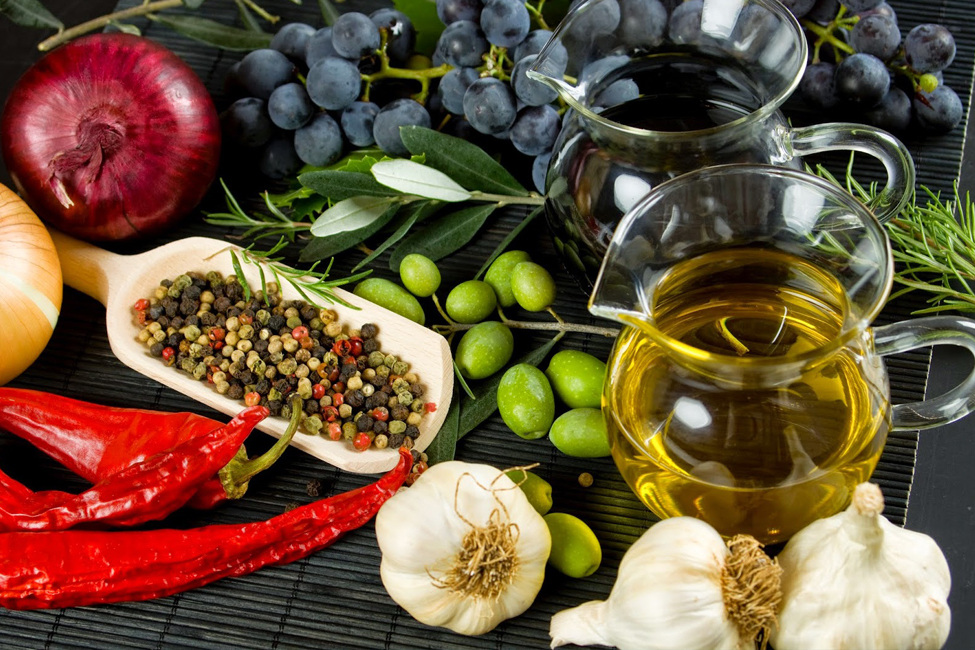 A healthy and balanced diet can help improve your general health and reduce risk of developing further problems.

Speak to our doctor!